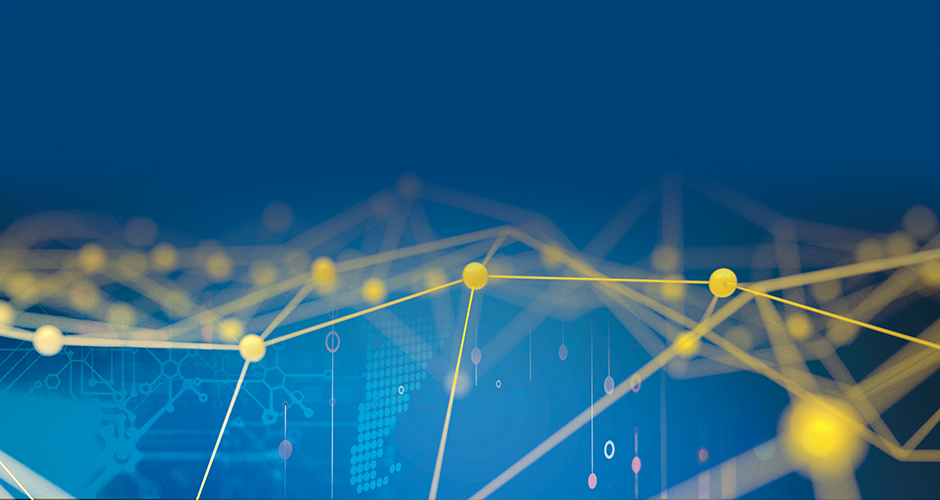 Blockchain – The Next Game Changer?

The advent of blockchain trials by Maersk, Walmart and IBM has raised the stakes for this disruptive technology to be a major game changer in the global supply chain.

While the first steps are taken to develop, fine tune and stress test the technology, it is worth stripping down blockchain to have a look at how it works, what it does and why it is so important.

A large number of trials have been conducted in the last 18 months. While the detailed feedback of most has not been released, the follow-up activity indicates that participants have been satisfied that the results support further involvement.

Walmart has heavily engaged in food safety-related trials. One such extensive trial, involving mangoes, found the time it took to trace back a single packaged sliced mango to source was ‘six days, 18 hours, and 26 minutes’. The same exercise using the blockchain-based system took 2.2 seconds.

Walmart has extended its involvement in blockchain projects. Together with IBM, Chinese retailer JD.com and Tsinghua University, a public research university in
Beijing, they have formed the blockchain Food Safety Alliance. This develops a ‘standards-based method’ of collecting data related to food origin, safety and authenticity, according to Forbes.com.

Maersk has been the most active and high-profile logistics provider testing out blockchain. The global shipping giant has conducted trials with Schneider, Dupont, Dow Chemical, Tetra Pak (as well as their original, well documented trial on flowers from Kenya to the Netherlands in mid-2016). The results of these were sufficiently convincing for Maersk and IBM to form a new joint venture to further develop blockchain solutions.

One of the key challenges identified by Walmart and its partners is the need for standards and protocols. Large influential players (such as Walmart and JD.com) are needed to drive this development. Trusted bodies and certification processes are needed to provide assurance that records captured on the blockchain are accurate.

Packaging also becomes a key focus to carry this assurance through to the consumer. Tamper-proof packaging has not been a big focus in the fresh food trials to date but must be if the full potential of blockchain is to be realised.

Many of the trials focus on relatively discrete single source products such as fresh fruit, pork, wine or finished consumer products. Tracing all inputs to more complex assemblies, or fresh products with multiple sources (e.g. a jar of mixed spice) is expected for the next generation of trials.

In supply chain terms, relationships traditionally occur between each adjacent party in the chain, while banks have arrangements with specific parties. The key game changer is in blockchain’s enablement of many parties in a chain to access all information embodied in the transactions without the need for a trusted third party while existing relationships remain unchanged.

Blockchain also supports other supply chain functions, such as improved work flow and ‘smart contracts’. A smart contract is a digital mechanism for self-executing and self-enforceable contracts.

The developments that allow smart contracts have progressed in parallel to the technology that enables blockchain. Nick Szabo, a US legal scholar, computer scientist, and crytographer is famed for his research in digital contracts and digital currency. Szabo developed the phrase and concept of ‘smart contracts’ to enable digital, legal and financial transactions to be available on the internet.

A smart contract defines the rules and penalties associated with an agreement and enforce those conditions. Thus, when a container is delivered to the customer at a certain destination, payment from customer to supplier is automatically triggered through the specified bank. If the order is delivered late, this payment, according to the terms of the contract, could be discounted according to the set of rules and penalties set.

Key benefits stemming from smart contracts and blockchain are efficiency gains and reduced costs of conducting transactions, particularly those associated with the transfer of ownership of goods or assets. For importers and exporters, faster and easier cross-border movements are envisaged by replacing manual documentation flows and slow, cumbersome international payments practices such as letters of credit.

Another key benefit is traceability – the ability to capture real-time information about the origin of a product or material, and its physical condition and location at any time along the supply chain.

Once captured, a record cannot be altered. This secure history and record-keeping aspect is known as the ‘immutable record’ feature. Blockchain could also capture ‘certification’ of the origin of sensitive materials (e.g. palm oil).

Traceability is a benefit attracting considerable attention from agricultural businesses. Assuring retail customers and consumers of the source or ‘provenance’ of their beef, canola, fish or infant formula, has considerable appeal. This is expected to provide early adopters of the technology with tangible commercial advantage, especially in premium markets and in markets such as China where food safety has been a concern.

Whenever a quality problem does occur, fast and targeted recalls can be initiated. This is one of the key drivers for Walmart’s interest in blockchain. Walmart is currently tracking pork shipments within China and produce from Latin America to US markets.

CONNECTING TO THE IoT

Blockchain’s ability to enhance traceability and quality management is supported by parallel developments in the Internet of Things (IoT). Location and temperature information related to the transit of a shipment (and each unit within) could be captured and communicated at regular intervals. Blockchain provides a means for this data to be recorded securely, in a standard format, and accessed by approved parties in the chain.

Information about a shipment would be captured in real time based on specified events, documents, IoT data, approvals and certifications.

Some information would be based on their level of permission. No party can change or delete a record without the consensus from others on the network, thus ensuring the integrity of the data.

Blockchain technology is gaining considerable momentum across the globe, with significant investment occurring, and many start-up companies working on specific aspects of distributed technology (the generalised version of blockchain). IBM has been a key driver, and is the most prominent company in terms of supply chain. IBM has been conducting trials jointly with Maersk, the world’s largest shipping company.

An IBM and Economist Business Unit study of 200 banks in sixteen countries indicates that 66 percent of banks will have commercial, scaled blockchain solutions in place by 2020.

IBM alone has 400 clients who are testing blockchain, and 650 staff dedicated to its development. Microsoft is partnering with JPMorgan Chase and several other large corporates on competing software to IBM’s. There are also smaller software providers emerging.

The format for investigating the applicability of blockchain in any industry or situation is following a similar path: research across the relevant supply chain; selection of a group of participant organisations along the chain; and then trial shipment(s) to understand the technical feasibility and to assess the benefits. Maersk and IBM have piloted flowers and electrical parts, and Walmart have followed this path with pork and produce trials. There are several start-ups focused on agricultural traceability and provenance, conducting trials on specific fresh products such as fish and wine.

Others are taking a big-picture view: Australia Post is assessing blockchain as a solution for digital identities and is working with Alibaba to explore ways to use blockchain and other technologies to reduce food fraud in China. BHP Billiton has announced that it will use blockchain to securely record and track key sample data in its mining processes.

The potential advantages for global supply chains are massive. It is estimated that up to 20 percent of the cost of global transport costs are associated with document processing and administration. Then there is the inventory cost of containers and air shipments awaiting clearances, and the cost and revenue impact of recalls.

Earliest adopters are expected to be industries that gain most by adding value to their product and reducing risk, such as agriculture.

Unlike big IT projects of the past, no one is ‘betting the house’ on their blockchain decision – at least at this stage. Most blockchain applications are following the innovation playbook – using trials and feasibility studies; low commitment, low risk, step-by-step assessments. Considering the potential for improved efficiency, reduced risk and finally being able to operationalise the ‘end-to-end’ supply chain, this is a digital initiative that deserves a closer look.