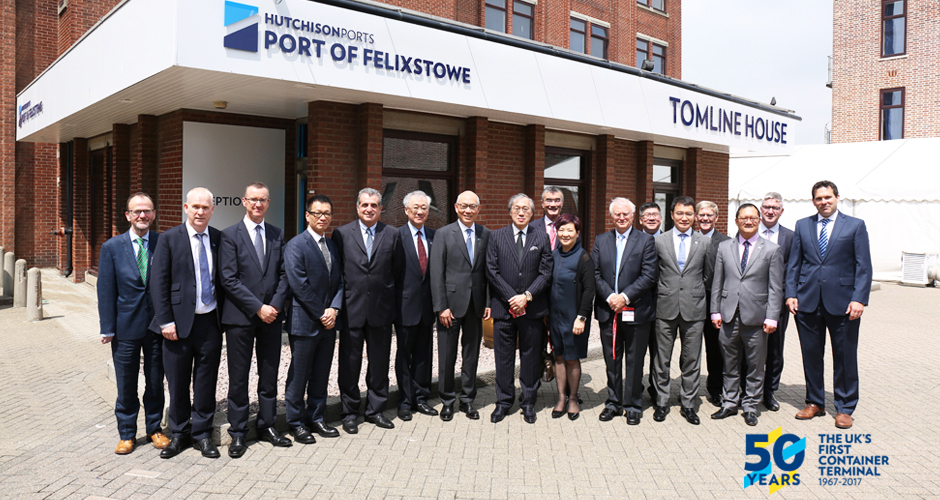 Hutchison Ports Port of Felixstowe marks its 50th Anniversary at the Cutty Sark
Hutchison Ports Port of Felixstowe held a celebratory dinner in London on board the historical tea-clipper, the Cutty Sark, to mark 50 years of dedicated container terminal operations at the Port. Hutchison Ports EXCO and other distinguished guests attended, including: His Excellency Liu Xiaoming, Chinese Ambassador to the UK; Kitack Lim, Secretary General of the IMO; Therese Coffey, UK Government Minister; customers and stakeholders also participated in the celebration. A spectacular firework display over the River Thames rounded off a wonderful evening. (above feature photo) 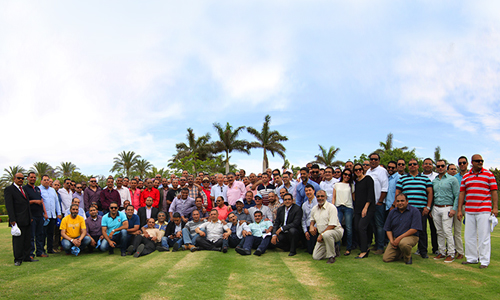 The terminal celebrated its 10th Anniversary in a reception attended by all staff. This wonderful event took place on 25th May in the splendid setting of the garden of the Hilton King Ranch, Alexandria. Darius Teo, CEO of Hutchison Ports Alexandria, honoured those company employees who had contributed 10 years’ service to the company.

Graffiti artists, volunteers from Hutchison Ports HIT, COSCO-HIT Terminals and Asia Container Terminals (ACT) and the elderly transformed ten containers into dazzling works of art at Kwai Tsing Container Terminal 8 (East) as part of celebrations to mark the 20th Anniversary of the establishment of the Hong Kong Special Administrative Region (HKSAR) and to promote community cohesion. This activity, with the theme ‘Community Graffiti Day @ the Terminals’ was co-organised by HIT, COSCO-HIT and ACT.

Gerry Yim, Managing Director at Hutchison Ports HIT, delivered a speech extolling the virtues of diversity and inclusion, the prime aims of the event, and congratulated all the participants for their imaginative artwork to celebrate the establishment of the HKSAR 20th Anniversary. 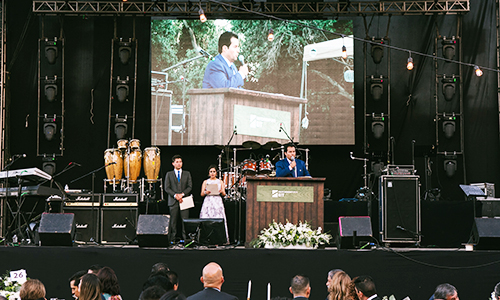 Javier Rodriguez, General Manager at Hutchison Ports EIT, initiated proceedings with an introductory speech, and then announced a further 20-year concession for the operation of the port with the Integral Port Administration. Jorge Lecona, Managing Director of Hutchison Ports Latin America and the Caribbean and other local government officials also delivered speeches to congratulate EIT’s 20th Anniversary. 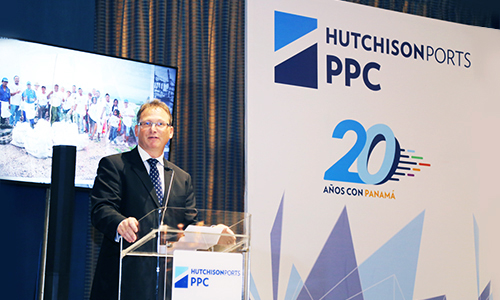 A lunch event was held to celebrate Hutchison Ports PPC’s 20th Anniversary at the Hilton Hotel Panama. This event was attended by fifty-three employees, from Balboa and Cristobal ports, who had given 20 years’ dedicated service to the company and a 20-years long service plaque was presented to these employees as a token of appreciation from the company. 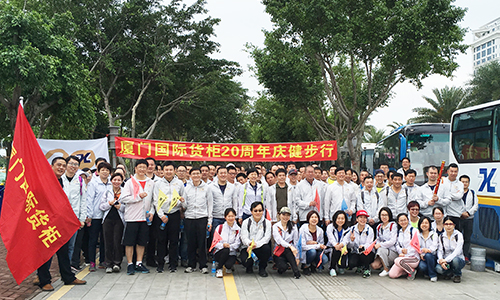 Xiamen International Container Terminals (XICT) celebrated its 20th Anniversary this year. Various community-based activities were held to mark this two-decade milestone. In March, XICT staff and management visited Kulangsu Elderly Centre, putting on performances to entertain the senior residents and handed out gifts. The following month, staff visited Shuiyang Primary School to donate books and school supplies to the students. Later that month, over one hundred staff took part in a five-kilometre walkathon along the picturesque Haicang Road to wrap up their celebration activities. 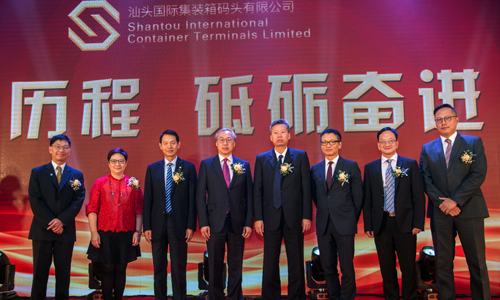 Shantou International Container Terminals (SICT) celebrated its 20th Anniversary with over 180 guests including SICT board of directors, executives from shipping lines/cargo agents and SICT management staff attended the celebration banquet. Eric Ip, Group Managing Director of Hutchison Ports and Keith Lau, General Manager of SICT, both in their speeches, expressed their gratitude to all business partners and stakeholders for their support during these years.