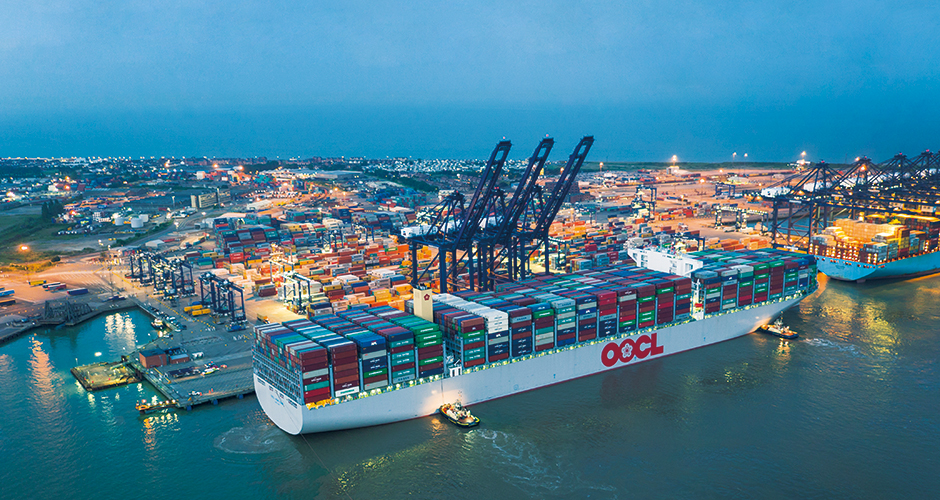 During the last twelve months the container shipping industry has been through a period of consolidation unprecedented in the last twenty years. The outcome of this paradigm shift affects the whole ocean supply chain.

Many analysts are saying container lines have finally turned the corner and return to profitability is imminent during this tumultuous ‘watershed’ year for many players in the shipping sector. Drewry Shipping Consultants predicts ocean carriers will gain US$5b in revenue during 2017 and recent data released by some liners support these optimistic forecasts. Senior industry figures are now urging shippers to play a longterm game to reap the full benefits of much-needed stability in the container industry.

Ken Chou, Group Commercial Director of Hutchison Ports, welcomes the efforts by shipping lines to turnaround the losses that have plagued the industry in recent years.

“The recent consolidation into three major consortia will bring a more efficient deployment of mega-vessels and the subsequent cascading of vessels on the main east west trades. Hutchison Ports, for its part, has made significant capital investments to improve terminal infrastructure and operating efficiencies in order to meet our customers’ requirements and handle larger ships.”

On a broader level Chou sees the consolidation as an opportunity and a challenge for container terminal operators and carriers.

“I see an opportunity for the shipping industry to collaborate more effectively on servicing the large volumes as well as complex onward and inland connections within the chain, from port to vessels to door. With less fragmentation, the industry can begin to address common standards to bring further efficiencies through digitalisation,” said Chou.

“During the last fifty years Hutchison Ports has built long-standing partnerships with carriers based on our experience, expertise and consistency and we see that as our competitive advantage in today’s challenging market.”

END OF THE CONSOLIDATION CYCLE?

Tim Huxley, Managing Director of Mandarin Shipping said: “COSCO’s takeover of OOIL may well be the last of the ‘big’ takeovers as there probably aren’t that many candidates for consolidation. There may now be more attention paid to the smaller feeder owners and operators as this has been an area where the major lines have not invested significantly in recent years and where there could be some pressure building in years to come in terms of availability of decent, modern tonnage as the remnants of the KG market finally die off. I don’t think there are any significant political undertones here, although you could put together a story that this is all part of the ‘Belt & Road’ initiative.” 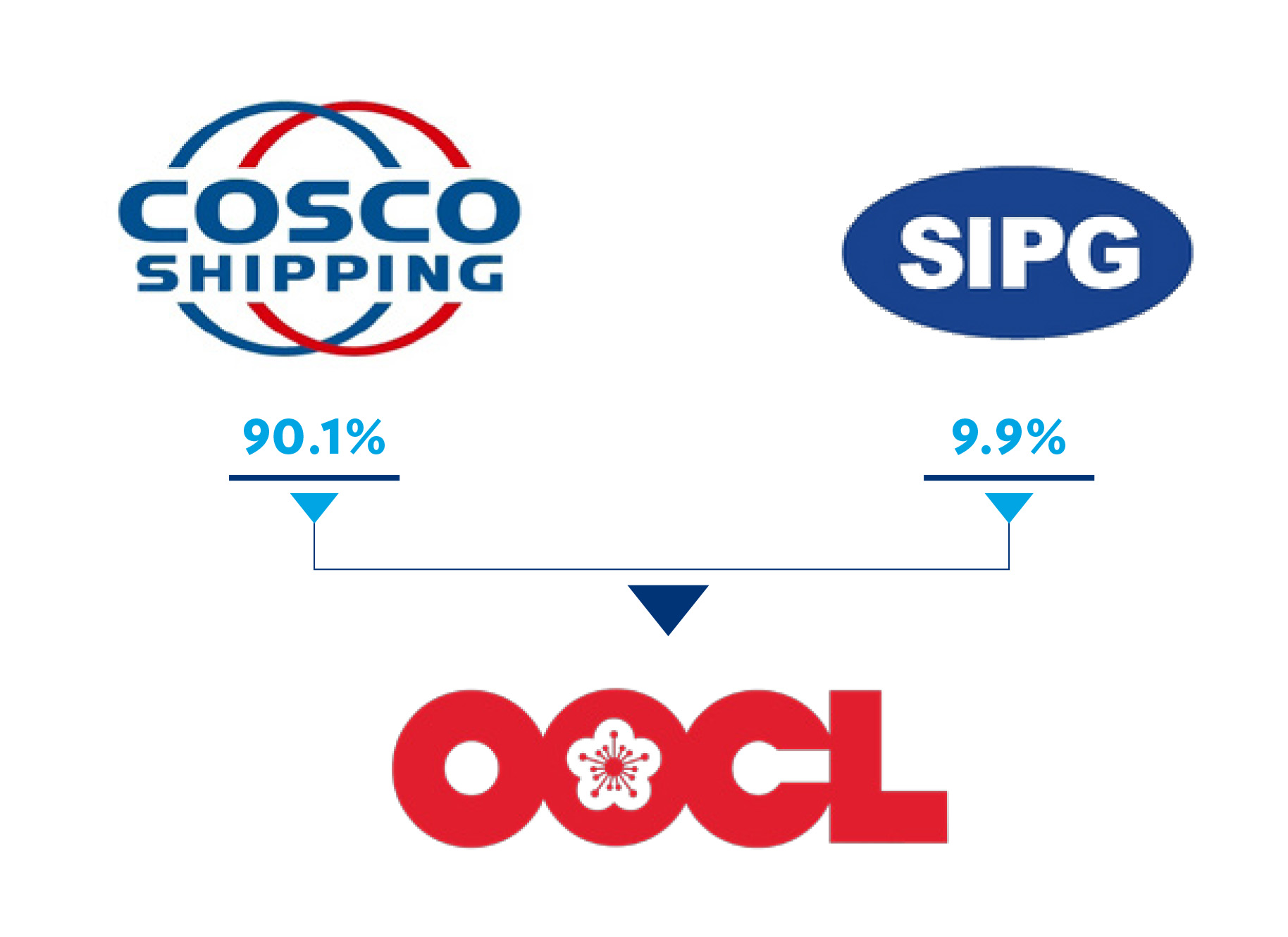 “As regards Japan, this is going to help operational efficiencies at the big three and is consolidation without loss to ‘Japan Inc’. The Japanese lines have all suffered so this is a fairly logical move driven purely by commercial considerations. Korea is the same, although letting Hanjin go was a wakeup call to the industry that they can’t rely on government support. I don’t think you can look at all the M&A activity as being driven by ‘nationalist’ issues. The industry needed consolidation and if the stronger companies are growing by acquisition of smaller competitors, that is perhaps better than the continued growth through ordering more ships which just adds to capacity,” concluded Huxley.

One of the main factors behind this year’s upturn, according to Martin Rowe, Managing Director, Clarksons Platou Asia Limited, is this year’s “scissoring” of demand versus supply when compared to 2016 when supply was running significantly ahead of demand. His team of analysts in London predicts demand growth of 4.5 percent for containers during 2017, and this is higher than predicted net supply growth of around two percent. These figures, which show a shortfall between demand and supply growth, are backed up by other analysts such as Drewry.

Projecting into the near term, Trevor Crowe, Head Specialist Container Analyst, Clarksons Research Services (CRSL) in London, commented, “Our analysts forecast that demand growth for 2018 will be even greater at around five percent, and this trend appears sustainable into 2019.”

He cited strong trade growth during the first six months of 2017 combined with port congestion behind a sharp improvement in both freight and time-charter rates.

It was recently reported in The Loadstar that there are now effectively two tiers for liners in their negotiations for charter rates. Larger carriers consistently obtain better deals, it was claimed.

Crowe continued, “Several liner companies have been hoovering up capacity for new routes, especially in Asia where we expect around six percent regional demand growth for 2017.” He added, “Supply growth has slowed – for 2018 we expect it to be slightly higher than 2017 – at around three percent, but that is still tidily below expected demand growth.” (Refer to chart)

These statistics and similar forecasts by Drewry should bode well for container line profitability. Maersk Line and Hapag-Lloyd both recently reported year-on-year first quarter revenue growth of around ten percent, while other liners have reported strong half yearly uplifts in container volumes. However, analysts at Clarkson Platou remain “cautious” about making too rosy a prognosis, especially given “the calamitous recent past”. Rowe urged against potential oversupply by “rushing out and ordering more ships”. 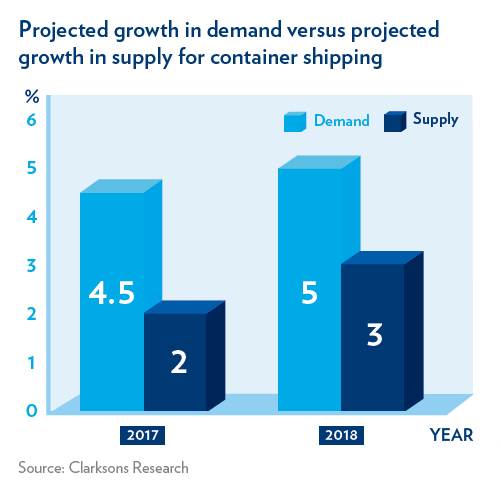 One interesting point much debated in shipping circles is how the recent spate of merger and acquisition activity, which has seen the number of carriers reduced to eleven, down from twenty not so long ago, will affect capacity and freight rates. Shifting alliance structures has long been known to alter container terminal volumes.

As for capacity, Rowe and his team suggest recent consolidation in the industry will be “capacity neutral”, unless “the move is part of a larger ‘masterplan’ which is combined with newbuilding ordering.”

Rowe then turned to market rates, “Overall we expect a gradual firming in box rates. Time-charter rates for vessels supplied by non-liner shipowners are also likely to gradually improve for the right types, especially the Neo Panamax class.”

The analysts have predicted an average upturn in rates of about sixteen percent across all routes during 2017, and in the light of these forecasts, Drewry now suggests shippers should rethink their space-procurement strategy and consider alternative options. Exactly how they advise shippers to respond remains unclear.

The container sector has seen plenty of turmoil over recent years, and Rowe believes shippers are naturally wary of post-consolidation rate hikes. He considers the possibility of rates shooting up unlikely as the container market remains competitive, despite the recent bout of mergers.

However, he suggested shippers were partly to blame for previous fluctuations in rates through behaviour which could be described as myopic.

To illustrate his position, he cited a recent episode in shipping history – the collapse of a South Korean container line – when shippers acted in a way which could be deemed short term and counter-productive. He explained, “To some extent it was their relentless determination to drive rates down which resulted in the 2016 Hanjin bankruptcy – stranding many shippers’ cargo for weeks on end during peak season.”

Rowe then explained why rates then shot up, “The subsequent snap back in rates because of the sudden withdrawal of substantial capacity from the market left shippers paying more than they had budgeted to shift their boxes in the first quarter of 2017.”

He urges shippers to adopt long-term strategies, “To work with reliable long-term liner partners and recognise that a high level of service is still something worth paying a premium for. This is likely to be a wiser policy for shippers.”

Rowe remains upbeat about container demand moving forward into the longer term, citing the march of “global inter-connectedness” and trade growth as prevailing trends, with only economic nationalism, on-shoring and 3D printing as possible growth dampeners. The full consequences of the Panama Canal widening project are yet to be played out, but this could cause a further realignment of traditional container trade flows, he pointed out.

Despite recent industry optimism, Steve Saxon, partner, McKinsey & Company warned that the wave of industry consolidation in shipping lines is far from complete, and that market fundamentals necessitate a further drawing together of container lines. He believes that the spectre of oversupply will hang over the sector for at least another ten years and liners will have to adapt to an ever-increasing range of challenges.

Although he suggested there were grounds for optimism with a continued upswing in demand, projected at around four percent per year over the next few years versus an anticipated supply growth of two percent per annum beyond the existing order book, the supply-demand gap will take ten years from today to close. Rates are expected to moderately increase as the supply-demand gap narrows, but margins remain under pressure while they continue to hover near all-time lows.

Saxon believes there presently exists about twenty five percent oversupply in capacity and this issue presents numerous challenges. He explained its political undertones, “Chief bogeyman is the shipyards. They employ thousands of workers and are a fundamental component of many economies. It is inevitable that ways will be found to increase orders for new ships.”

The scenario in shipping is a perfect illustration of what in economic parlance is referred to as the ‘Tragedy of the Commons’ – a shared-resource scenario where what is good for an individual may not be beneficial for the group. In shipping terms, the shared resource is access to the high seas; and while it is rational for container lines to order new ships to meet growing demand, it is irrational at an industry level as it has led to massive overcapacity.

Analysts at Alphaliner appear to echo some of the sentiments expressed by McKinsey & Company and recently warned that “only fully-fledged consolidation” could overcome the disadvantages inherent within the newly created South Korean consortium, such as lack of scale and fragmentation, as reported in Splash24/7.