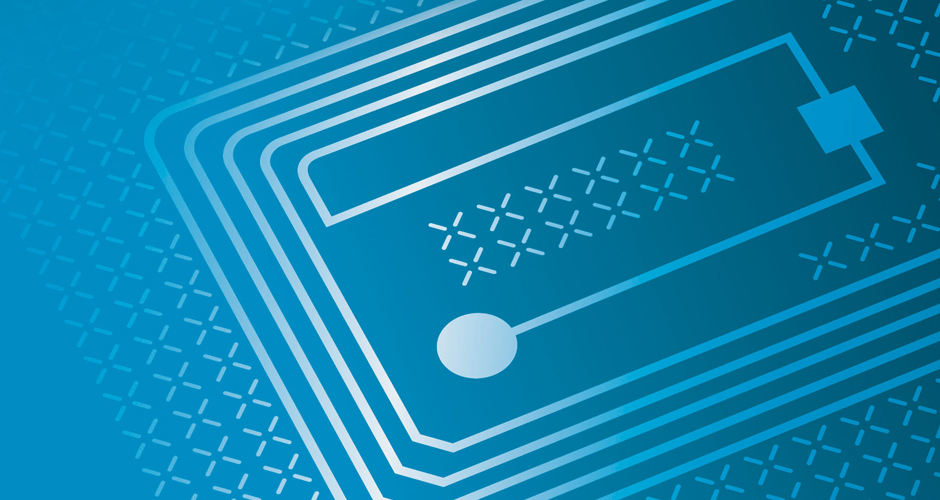 Like so many industries, container shipping is becoming increasingly competitive and new technologies that drive efficiency and reduce costs are of great interest to business leaders. Radio-frequency identification (RFID) is one technology that’s been successfully considered in other logistics sectors, such as rail, to automate and reduce costs.

Five years ago, it was expected that RFID technology would become ubiquitous in the container shipping industry. However, the unit cost of the ‘tags’, which are attached to pallets, boxes and containers in order to track shipments were prohibitively high for the shipping industry and the technology failed to take off.

In addition, there was no standardization of the technology in order to help maximise connectivity between different RFID systems. The long-term prospects for RFID in shipping did not look promising.

Now the unit cost of tags has dropped and a universal standard called RAIN RFID has been established, leading to a renewed interest in the technology and a significant expansion in production and sales of the technology to shipping companies.

The word RAIN—an derived from RAdio frequency IdentificatioN—refers to the link between UHF (ultra-high frequency) the cloud, where RFID-managed and shared via the Internet. RFID solution uses a reader to read and write a tagged item, manage the data and take action.

currently driving innovation for this technology.

RFID is a wireless technology that enables items, as small as credit cards or as large as shipping containers, to be connected to the internet via a small chip. When we shop and pay via Apple Pay or a ‘tap and go’ system at retail these days, we’re likely experiencing RFID technology.

RFID technology, which comes in the form of a tag attached to an item, allows businesses to identify, locate, authenticate, and engage with the tagged item. Today, RFID technology is everywhere and these tags are used to track vehicles, pets, patients, and even shoppers.

In fact, there are retail stores using RFID technology to allow customers to simply shop and then walk out of the store. A traditional check out is no longer required, all items are processed and paid for by RFID technology via a smart payment system as the customer exits the premises. It’s a brave new world.

For many industries, RFID is an evolution from barcode technology. What sets RFID tags above from barcodes is the ability for RFID tags to both read and write. Data stored on RFID tags can be updated, and that’s a very useful utility for logistics. 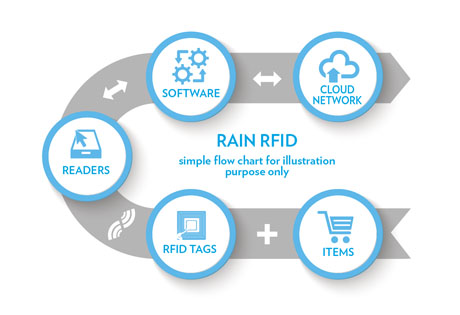 As a technology, RFID is a great fit for logistics. It is a tracking technology that works well in unfavourable weather conditions because the tags are identified and tracked by a wireless set up that uses electromagnetic fields (radio waves). This means, unlike other tracking executions such as barcode technology, RFID systems aren’t reliant on a line-of-sight to identify an item.

It is also a system that works reliably in extreme weather – tags can be dirty or wet and still be read or tracked effectively– and doesn’t require a power source because the small chips in these tags draw power from the radio waves in RFID readers.

The aviation industry has also engaged RFID technology, with the International Air Transport Association (IATA) announcing in June 2018 that all passenger bags must be tracked by RFID in the near future. All bag tagging systems will need to use this technology by 2020 and airports will need to be implementing the readers by a 2025 deadline.

In the context of container shipping, RFID can be used in multiple ways, including tracking, security, customer satisfaction, and maintenance. By tagging containers, and even individual items inside the container, shippers can confirm exactly what is in each container and, using GPS, track its whereabouts for customers.

There’s been some notable RFID developments in container shipping in the last 12 months. In late 2017, Xerafy launched a new RFID tag, Container Trak, designed to be more robust and with the ability to attach to containers in multiple ways. This new durable model is designed to last up to ten years in harsh industrial environments.

At a similar time, the Asian Development Bank funded a pilot for a consignment of Indian cargo headed for Nepal to be fitted with RFID technology to prevent tampering en route. Towards the end of 2017, India expanded its RFID enabled container tracking system to include more terminal locations.

According to Indian Commerce and Industry Minister, Suresh Prabhu, “Data is going to be invaluable to economic activity in the coming years; and projects like The Logistics Data Bank that collect, process, and convert data into value-added service are important for our future growth.”

New RFID implementations are popping up all over the globe. In July 2018, the Toll City initiative in Singapore invested US$166 million in new technologies, including Smart RFID cabinets. A container terminal in Bahrain has implemented automated weighbridges that utilise RFID technology as well.

The prevalence of RFID was highlighted in October 2018, when the leading provider of RAIN RFID solutions company Impinj announced a company milestone – it shipped its two millionth UHF RFID reading device.

So after several false starts, RFID looks set to become an effective tool for helping to improve the flow of data through the container supply chain.

The development of RAIN technology began in 2014 when Google, Impinj, Smartac and AIM wanted to enable businesses and consumers to identify, locate, authenticate, and engage items in our everyday world.

The aim of the global alliance is to standardise RFID technology use, in a similar way to that of past wireless technology organisations such as the Wi-Fi Alliance and Bluetooth SIG.

By implementing a level of standardisation, UHF RFID technology becomes more prevalent and helps drive the UHF adoption of the Internet of Things. With standardisation, it will be easier to implement RFID initiatives globally that work together with different companies and organisations’ systems.