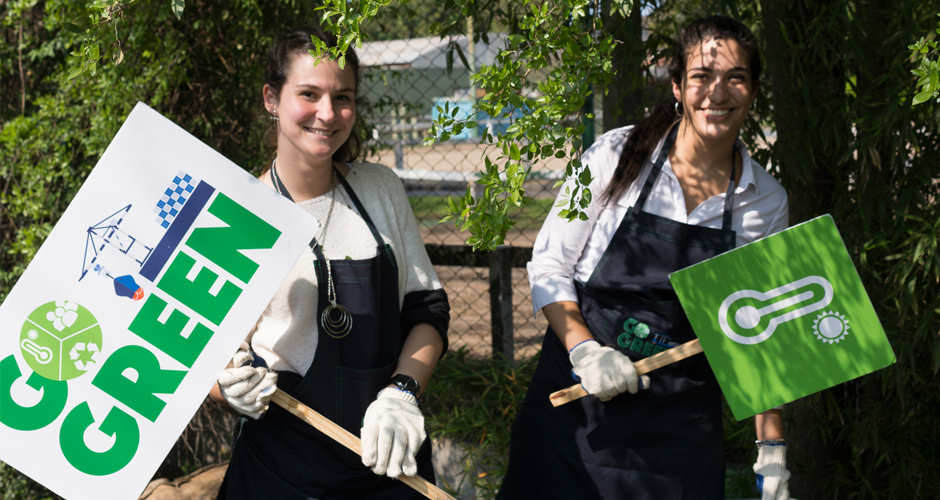 Go Green is part of a global environmental initiative undertaken by employees of the international ports and maritime community.

Under this annual set of activities, employees of six port operating groups, including Hutchison Ports, collectively demonstrated their support for environmental protection in four locations where they share in local port operation. The latest round of activities took place in the second half of September 2017 under the theme of Climate Change.

Over one hundred staff members of Hutchison Ports BACTSSA, PSA and DP World joined a ‘Green Race’ in benefit of Forest Bank, a conservation NGO. The next day, sixty-two people from the three terminals revitalised a local orchard, planting sixty-five fruit trees that are used for educational purposes, with a potential CO2 offset value of 1,495 tonnes of CO2 equivalent (CO2e). 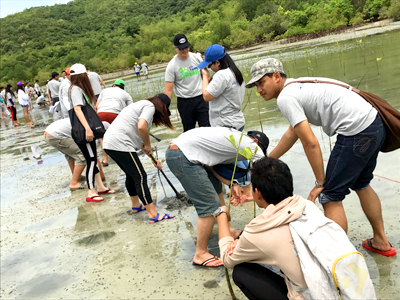 Employees of Hutchison Ports Thailand, DP World and PSA worked alongside a Royal Thai Navy conservation team to restore a mangrove forest on the site of a former shrimp farm and collect trash from the vicinity. Mangroves are rich in ecological value, protect coastlines against erosion, and store vast quantities of CO2. The two hundred planted trees will one day store up to 4,200 tonnes of CO2e. 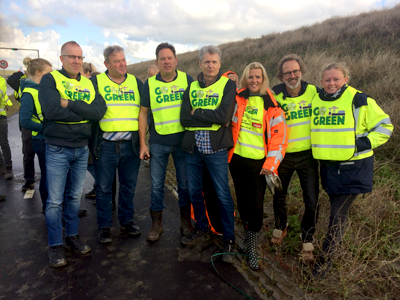 A team from Hutchison Ports ECT joined with the Port of Rotterdam and DP World staff members to plant Duindoorn bushes in a nearby sand dune conservation area. When it comes to climate change resilience, sand dunes play a natural role in coastal protection. They also host birds and other wildlife. 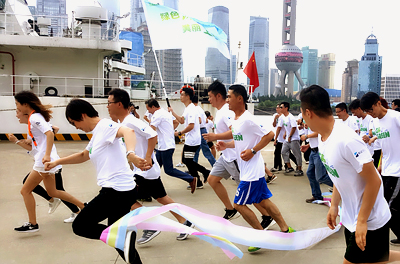 Finally, in Shanghai an athletic group of employees from Shanghai Mingdong Container Terminals (SMCT) and Shanghai International Port Group undertook a three kilometre race along the Huangpu River. For each racer, SMCT donated five trees’ worth of money to Roots & Shoots, a conservation charity set up by Jane Goodall. The organisation will use the funds to plant five hundred desertification-fighting trees in China’s Ningxia region, with a CO2e storage value of up to 950 tonnes.