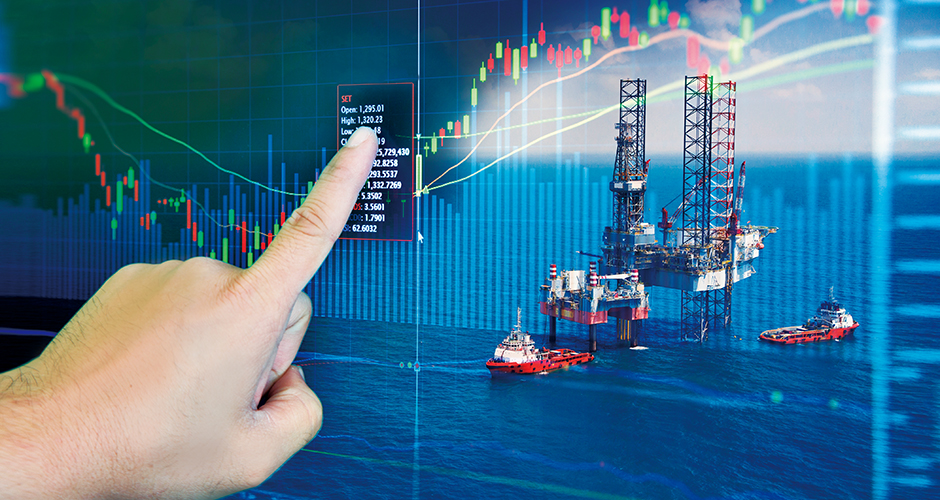 Transportation enterprises are having to cope with a long subdued but now rising cost burden: the rapid upswing in oil prices since mid-2017. For some businesses involved in transportation, how they cope with this latest swelling of a major input cost could make or break their profit.

The main factor behind the uplift in oil prices is the ongoing limit to production by the 14 member countries of Organization of the Petroleum Exporting Countries (OPEC), after prices had fallen to below US$50 per barrel, as reported by the BBC. Their policy to restrain production and inflate prices bore results and the price of crude oil has even nudged above US$67 per barrel in recent months, the highest for many years.

Crude oil is the most traded commodity in the world and some analysts have noted increased volatility in oil prices in recent years. Whether OPEC’s unified stance to limit output holds up remains to be seen, plus throw in American shale oil production, the value of the US dollar exchange rate, numerous geopolitical tensions, and it is impossible to forecast the direction of prices with too much certainty.

For instance, Eugen Weinberg, Head of Commodities research at Commerzbank, anticipates some market correction, and suggests American producers will react to the price rise by inflating production, which will ultimately destroy OPEC’s pricing strategy, as reported by oilprice.com.

The Wall Street Journal (WSJ) recently speculated that the announcement by the International Energy Agency (IEA) that a spate of American shale oil flooding the markets during 2018 could jeopardise the recent recovery in the oil price. American shale output growth is so rapid it could absorb any increases in global oil demand. Growth in shale oil production in the United States may offset supply restrictions in other parts of the world, claimed the WSJ. The IEA Report predicted American oil output would reach a record of 11 million barrels per day by the fourth quarter of 2018.

However, given the volatility of commodity markets, the trajectory trend of prices is uncertain. Indeed, the IEA warned of a “volatile year” ahead for oil prices, as reported in the Financial Times.

Crude prices rose by around 50 percent in the second half of 2017 – but its future direction is uncertain. The Economist claimed that OPEC is working on a plan for a tie-up with ten other oil producing countries, including the huge petrostate of Russia. This alliance would be designed to shore up the oil price by manipulating output. As ever, the oil markets are a high-stakes game of brinkmanship played out by countries endowed with huge quantities of hydrocarbons.

However, what is certain is the impact of rising oil price during 2017 has eroded the profitability of ocean liners, as they may have limited ability to hedge against the risks, according to Trevor Crowe, Director, Market Research, Clarkson Research Services Limited.

He explained, “Whilst liner companies may have some hedging mechanisms in place, these operations are still largely exposed to changes in fuel prices to one degree or another.”

He said the rising oil prices during the latter half of 2017 will have had an impact on profitability. However, the situation is complicated by the fact that many liners raised their freight rates during the year. 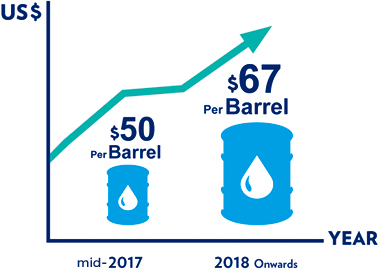 One massive development related to oil with implications for the transportation sector is the announcement by Chinese authorities of The Shanghai International Energy Exchange, as reported by oilprice.com. This will allow Chinese and overseas oil traders to buy and sell oil futures contracts in China’s domestic currency, the Yuan.

“Chinese authorities recently announced that they will allow state-run companies to become involved in oil and oil products hedging (futures) – something that, until now, has been prohibited,” said Rowe.

“It will be interesting to see if companies such as COSCO will get involved in schemes to hedge their bunker costs given the very real prospect of firming oil prices,” he added.

How logistics businesses handle fuel price increase depends on numerous factors, according to a report by the European parliament called ‘The Impact of Oil Prices Fluctuations on Transport and its Related Sectors’. The analysis highlights that the different modes of transportation and logistics operators are affected in different ways by higher oil prices. This depends on their reliance upon petroleum products; plus, their ability to pass on costs, which is determined by market power.

Yip stressed that when considering the marine sector, one of the most important cost components for ship operators is the cost of fuel oil in terms of marine fuel and marine diesel oil. Fuel cost, on average, accounts for 40 – 60 percent of the total voyage cost which, in turn, represents around 40 percent of ship operation costs.

“As a result, sharp and unanticipated changes in fuel price have a major impact on the operating profitability of ship operators. This is because fuel price is related to world’s crude oil price, which has been shown to exhibit substantial variability in both the short and long term,” said Dr. Yip.

As for all players involved in the transportation sector, Yip stressed the utmost importance for ship operators to monitor and manage the risk exposure to fuel market fluctuations, to maintain their operating profit.

He explained how fuel price risk management is a continual cyclical process, which includes risk assessment, risk decision making, and the implementation of risk controlling strategies and measures.

Yip added, “Hedging is one of the most common risk management strategies using financial derivatives to hedge against the future movement of fuel prices. Alternatively, risk control strategy is another possible and practical option, including ship and engine designs, operating speed, ship replacement policy, agreement with fuel suppliers, and the logistical arrangements for fuel replenishment.”