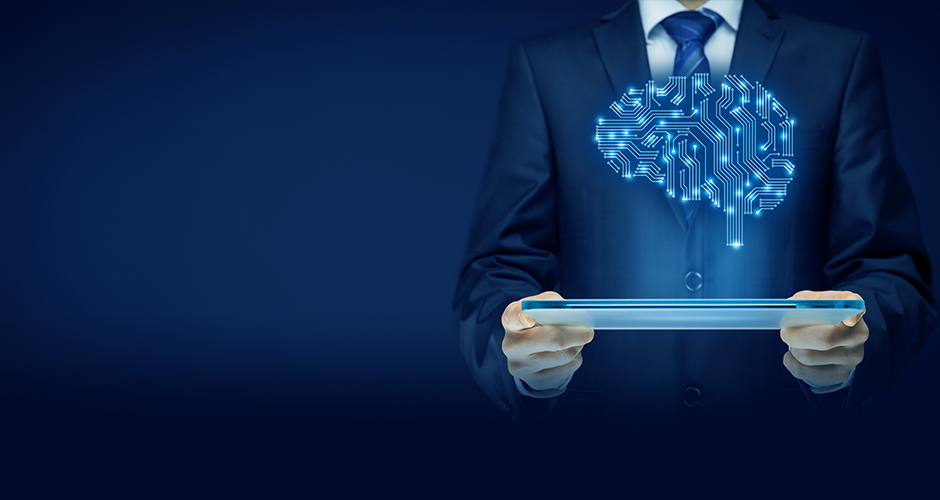 Ports and the shipping sector in general must embrace new technology to cope with the everrising demands of increasing global trade. Technology can be the key provider of solutions to customers’ rising expectations and expanding container traffic, and this will ultimately add to the long-term profitability of the industry. That’s the key message in a wide-ranging interview with Jan Waas, Chief Information Officer, Information Technology of Hutchison Ports.

As new technology and the onset of digital solutions are disseminated across many aspects of commerce, Jan Waas recommends that the shipping and ports sector must reach out and utilise each available tool that smooths the operational process across global operations to increase the user and customer experience.

This is particularly important as there is a natural limit to certain resources and technology can play a key role in expanding the productive base. Waas explained, “We need technology to cope with growth, because you cannot always extend new ports and the quay lengths are limited. It’s also about more efficiency and better utilisation of the current asset base.”

He then stressed, “It’s important to keep up with all kinds of technological developments and determine if it adds business value. Ignoring it is the worst thing you can do.”

He is a keen advocate of ‘real time’ business. This is where operations across companies are processed instantly and time delays between one phase of a process and the next are fizzled away to become almost non-existent into a seamless consumer experience without waste.

Waas said, “We have this idea that paper and signatures gives us control, but actually there are other means in technology to give you more control, a faster response and a better user experience. Ultimately, it is all about an efficient process and an excellent customer user experience.”

Waas then explained how his industry has many traditional procedures to follow, which incur additional costs and process times. He believes these procedures can be improved through utilisation of current technology, which can often be performed in one click.

It makes sense that Waas is a strong advocate of the ideas of Blockchain and its inherent real-time operational capabilities where the transaction is never broken, eliminating for instance thirty-day or even sixty-day delay of payments.

He explained, “In the future, we will all be connected, and people will want to have visibility end-to-end, in every aspect, and both planning and transactions need to be real time.”

One trend which he is convinced will take off is the enhanced ability to synchronise supply and demand, perhaps by utilisation of predictive analytics. Forecasting technology through simulation and mapping out future operational patterns is another disruptive technology he is convinced will take off. Another is the elimination of waste in the industry, such as empty return deliveries in trucks and other modes of transportation, again via better utilisation of technology.

Flexibility in making decisions, at a local level is how resources use can be optimised. He cited incidents all too common in logistics where trucks are waiting with space available but are unable to take on more cargo because of an unwieldy planning process. To remove such bottlenecks Waas advocates “more decentralised” decision-making where local decisions are fed into the wider operational process.

A strong advocate of the digitalisation of shipping, Waas explained, “What happens at the terminal yard operation is on a real-time basis, requiring a more flexible and faster decision-making process. We are currently moving towards real-time planning. Furthermore, planning and execution will be drawn closer together; that will give us the flexibility to act quicker on decisions.”

In the 28th State of Logistics Report, the main technology drivers were predicted to be big data, predictive analytics, artificial intelligence and robotics, and Waas can see all these developments impacting the industry over the ensuing years and playing a major role in furthering its success.

He cited Industry 4.0, which is the name for the current trend of automation and data exchange in manufacturing technologies, as a major driver of change. It includes the Internet of Things (IoT) and cloud computing.

He added, “The IoT will utilise more applied sensors and reading things from a distance; also using smart phones, along with smart sensors, to make machinery. The other thing is the cloud – getting ourselves together and connecting ourselves. And for robotics – on the one side we have the physical robots; and then there are the autonomous robots in machines to take on tasks from humans, a virtual labour force by agents.”

He foresees a major transformation at terminals and changes in knowledge required and functions needed in organisations, with more suppliers delivering turnkey solutions reachable via the cloud.

He suggests artificial intelligence is already with us through communication via an App – asking questions and receiving instructions.

He said, “In five to ten years we will enter the autonomous era; we will have automatic cranes, vehicles, automatic shuttle carriers; so, the whole operation will be automated and the organisation transformed from operational towards a process organisation handling only the exceptions in the process.”

The need for new technologies at ports is gathering pace. The German government is calling for applications to support its Funding Program for Innovative Port technologies. The Federal Ministry of Transport is keen to support projects that contribute to the development of innovative technologies in ports and the optimisation of cargo handling operations. During the first wave of applications in 2016, seventy five applications for twenty seven joint projects were submitted, as reported by World Maritime News.

Waas believes elimination of waste resources is an urgent priority in the industry and this will allow more time to control or forecast and to add value. He said, “Most terminals handle millions of containers per year, if you do so you must apply the minimum resources to the maximum extent.”

He believes port operators, like companies across many industry sectors, should regard themselves also as technology companies that offer seamless customer services. He explained, “These days technology is so far reaching that IT departments become a business
partner for the business. A CEO at a major bank once said, we are not a bank but an IT company providing money services. In some respects, it is about changing your business model.”

IT is often considered a cost or marginal investment, but according to Waas it will shape the future business going forward, the savings generated and extra productivity recoups this initial investment many times over. He advocates elimination and then automation because “if you automate processes that should not be there in the first place then it is a waste of money and time.”

However, traditional workflows are now changing as new technology improves efficiency. Waas concedes this change process will undoubtedly present challenges in moving forward, but the opportunities are there to be gained for those businesses that embrace new technology.