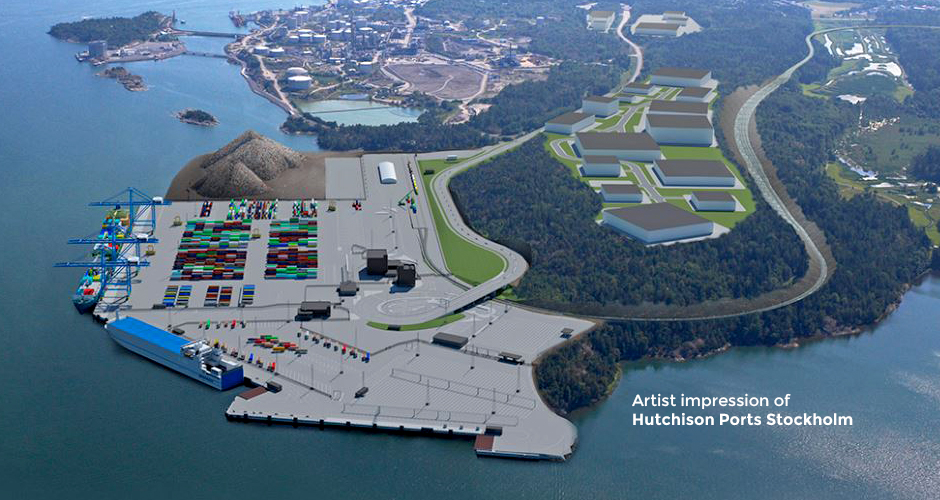 STOCKHOLM CONTAINER INCREASE AHEAD OF NEW TERMINAL OPENING IN 2020

Ahead of the opening of Hutchison Ports new container terminal in Stockholm next year, the latest container volumes for the Port of Stockholm increased by 25 percent in the first quarter of 2019, when compared to the same period in 2018.

Nicklas Ebersson, cargo marketing manager at Ports of Stockholm, said: “The Stockholm region is growing, a fact that is clearly reflected by our import volumes.”

He added: “With our new freight port we will have good facilities to be able to cope with the rapid rise in volumes and to develop services within the container segment, together with Hutchison Ports.”

Hutchison Ports is to commission the first phase of its new deep-sea container terminal in Stockholm in May next year. The facility will be the only port on the Swedish east coast with a draft of 16.5 metres, deep enough for Ultra Large Container Ships.

Close to the growing Stockholm region, where more than 45 percent of Sweden’s GDP is earned, the terminal will provide convenient access to importers and exporters via new road and rail infrastructure.

The current Container Terminal Frihamnen is situated inside the city limits of Stockholm and does not have the facilities to handle the largest vessels. The city government is also planning to redevelop the city waterfront site for residential purposes.

Hutchison Ports Stockholm will be part of a new port area called Stockholm Norvik Port, developed by the local port authority, Ports of Stockholm. The 44-hectare greenfield site will also feature a ro-ro terminal and a logistics park.

As most of the major cargo flows originate in Stockholm, Hutchison Ports is looking to attract carriers to make direct calls, saving time and cost for shippers who currently have to send cargo to Gothenburg for international shipments.

In phase one of the Hutchison Ports Stockholm development, the new terminal will have a handling capacity of 250,000 TEU, the 450 metre long quay will have remote-control ship-to-shore gantry cranes with a reach of 22 containers wide. Containers will be transported across the terminal yard by straddle carriers. To ensure a smooth access to the Swedish hinterland, a railway track is connected directly to the new terminal. All the equipment is state-of-the-art with a low CO2 footprint.

In phase two of the terminal development, container handling capacity will increase to 500,000 TEU and the alongside depth will be the same as phase one. The quay length will be extended to 800 metres which will allow between two and three vessels to berth at the same time.