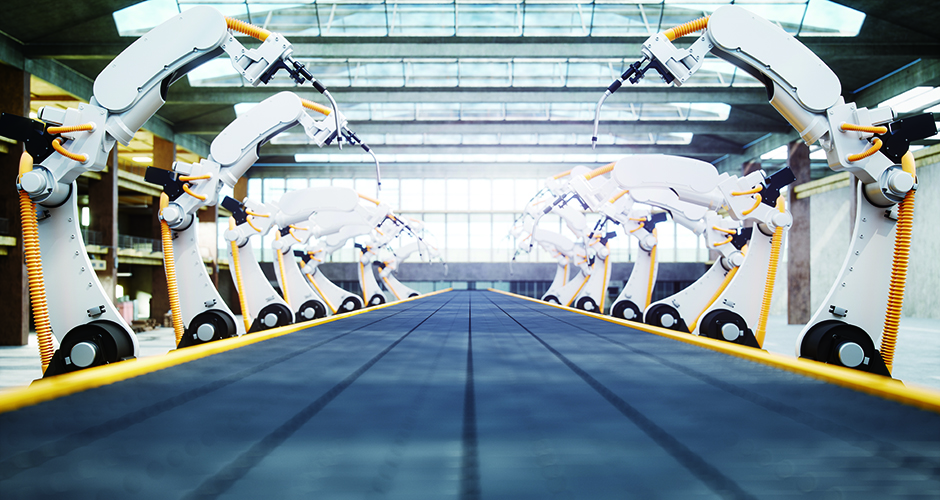 WAREHOUSES OF THE FUTURE HAVE ARRIVED

Artificial Intelligence (AI) and robots have the potential to save a company and the shipping industry a significant per centage in overall costs and time when used in warehouse management. Supply Chain 4.0, which is the Internet of Things (IoT), advanced robotics, analytics, and big data, can potentially lower operational costs by 30 percent, reducing lost sales by 75 percent and decreasing inventories by up to 75 percent as well, according to a recent McKinsey report.

Robots are ideal for performing repetitive, high-volume production activities and as technology advances, automating tasks will become less costly and less complex and the companies currently using robots will acquire more, according to the McKinsey report.

Modern manufacturing is seeing an increasing number of robots and AI used in warehouses. Previously prohibitive costs of these technologies are decreasing, making them more cost-effective, or at least certain tasks of human employees. Several factors are making robots and AI more of a reality for many industries and warehouses. According to a McKinsey report, over the past thirty years the price of robots has fallen by half in real terms and even further still when labour costs are considered.

Additionally, the skilled professional workforce has increasingly grown who can design, install, operate and maintain AI and robots to their production cycle, according to the McKinsey report. These skills are now much more widely available in schools and software is catching up with the demand for more automated systems. Also, new generations of robots have the ability to absorb information from multiple sources and adapt in real time.

Robots are ideal for performing repetitive, high-volume production activities and as technology advances, automating tasks will become less costly and less complex and the companies currently using robots will acquire more, according to the McKinsey report. Additionally, the report mentioned, robots will increase technical and economic viability. The technical feasibility of automating the physical activities or operation of machinery in a predictable environment currently performed by human employees in the United States workplaces is at 78 percent, according to a McKinsey study.

There are several warehouse management technology advancements currently in use and several on the horizon. Deb Ellis, Senior Partner at Gattorna Alignment in Australia references myriad developments in the automation of supply chain management. “There are different ends of the spectrum in terms of the use of AI including highly automated warehouses such as Ocado’s ‘hive’ warehouse [an online-only grocery store with highly automated warehouses in the United Kingdom (UK)].” At a more basic level there are also robotic aids, such as picking buddies that follow a human picker around and issue instructions and carry equipment, Ellis added.

Ocado’s ‘hive’, to which Ellis referenced, is a hive-grid-machine run by robots. The hive has over 45,000 products and the capacity to process 3.5 million items or around 65,000 orders per week, according to UK publication The Engineer. Humans still work in the facility too, bagging and packing the items delivered by robotics for mailing and distribution. Ocado is also selling the hive technology to other supermarkets, as reported by Forbes.

Upgrading warehouse management processes is a shift worldwide, with several companies upping their technology game. In order to meet the demands of significant e-commerce growth among its customers, DHL will also be upgrading technology in 350 of its 430 facilities and transportation control towers in North America, according to a company press release. The investment will accelerate the implementation of technologies including robotics, augmented reality, robotics process automation, IoT and its proprietary end-to-end visibility solution MySupplyChain, according to their press release.

In Japan, Hitachi has developed the Racrew, an automated guided vehicle that travels autonomously in warehouses in accordance with instructions to position itself under a shelf where parts and products are stored, lift it out, and then transport it to a designated location.

The system has been installed in a distribution centre in eastern Japan, where Racrew functionality includes the ability to improve transport efficiency by performing analysis and simulations based on data analytics know-how so as to select less-congested transport routes.

The Kasama Distribution Center has succeeded in reducing the walking distance of workers to nearly zero by having Racrew robots bring the shelves that contain products right to workers, who then can carry out the picking of products without ever having to move themselves.

At present, 154 Racrew robots travel about 1,300 kilometres a day, significantly improving the efficiency of picking operations by doubling productivity. The use of robots is contributing to the establishment of efficient delivery systems that feature such advantages as reduced time from the receipt of orders to shipping.

Predictive analytics is another boon to the automated warehouse and enables demand forecast accuracy to reduce forecasting errors by 30-50 percent, McKinsey reported. The report also mentioned there will be a significant increase of autonomous and smart vehicles in the supply chain management and 3D printing. “Over time we expect better forecasting via improved analytics and machine learning, small order sizes, and local-for-local manufacturing and 3D printing will put downward pressure on inventory,” Ellis explained. “But short lead times on e-commerce will increase the number of stocking locations and thus the overall level in those industries. It’s not clear what the net effect will be.”

Process automation will allow for the use of physical robots to take on manual tasks, but also through robotic software applications and cognitive computing services, such as AI and machine learning.

This will make a huge difference when it comes to data, by enabling labour to focus on truly mission-critical activities. When RPA is combined with cognitive analysis, it gives programmes the ability to act like humans by making business decisions on the fly.

Warehouses around the world are adopting proactive maintenance processes so that costly and time-consuming equipment failures are less likely to happen. And, of course, the same processes can be used to protect perishable stock.

Everyone is familiar with how sharing-economy platforms and apps, such as Uber, Airbnb, and Laundrapp, have disrupted centuries-old sectors, such as personal transport, accommodation and cleaning. But what few people realise is that the model is now being applied to industrial warehousing.

Startups such as Flexe in the United States and Stowga in the United Kingdom have created apps and cloud platforms that transform both the buy and sell sides of the market. They’re allowing warehouse owners to lease out spare capacity, and clients to rent it on demand over timescales that range from days to months.

Meanwhile on the sell side of the equation, organisations no longer need to carry vast amounts of unused capacity that costs them money, especially when the economy
is unpredictable. With these new on-demand platforms, unused space becomes a commercial asset.

In the future, the distinctions between factory floor and warehouse may begin to disappear. Once some factories move away from monolithic, mass-production
and distribution cycles and into fabrication on demand, the implications could be transformative.

For example, some warehouses may become smaller, smarter, and more closely integrated with manufacturing, even as others follow the Alibaba model by becoming larger and more automated.

Technologies such as programmable cobots – robots that work alongside human beings – will be increasingly important in these cases, following the smartphone model by becoming programmable platforms for a range of process- or industry-specific apps.

3D printing will be another ingredient in the mix. Most organisations are familiar with the concept of using this emergent technology for small, specialised projects. However, some Industry 4.0 analysts believe that 3D printing will become an increasingly important tool on a larger scale.

Today’s smart warehouses are increasingly rolling out transformation strategies that deploy sensors connected to the IoT – so that robots, workers, managers, and even smart vehicles, know the location of every item and can track them on their journeys.