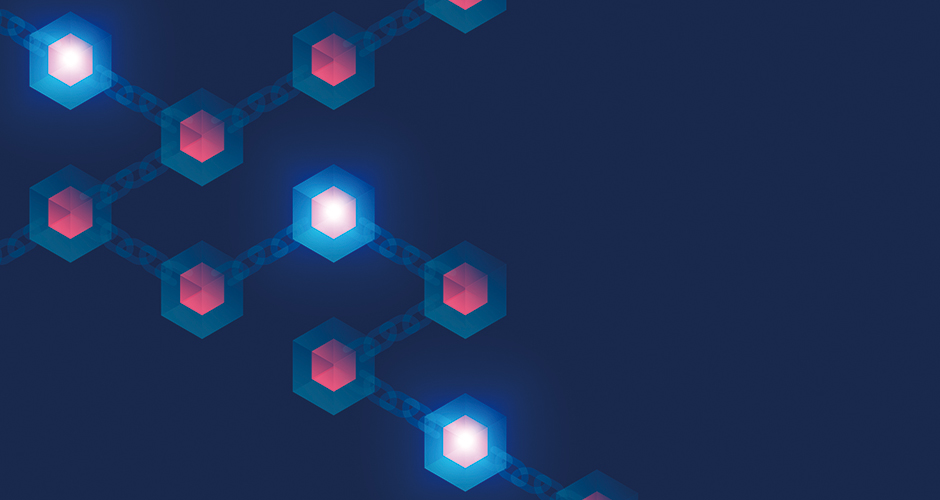 BLOCKCHAIN AT THE CROSSROADS

Blockchain standardisation has the potential to provide significant savings in both time and costs for all connected implementers (refer to OPPORTUNITY issue 3). Cargo undergoes 30 ‘baton’ changes from the time it starts its journey until its fully delivered, according to Mark Toohey, Founder and Managing Director of TBSx3, an industrial blockchain technology platform in Australia. Not all the parties involved are created equal, some have great security and some have poor, Toohey explained. They can only do a good job when they have products in their custody, he continued.

Blockchain is a relatively new technology; it’s only been in existence for a decade, but it’s continued use and evolution will change the cargo industry entirely. A few companies, including Maersk, Walmart and IBM have made the leap to establish blockchain technology in their supply chains. However, there has yet to be a global blockchain initiative implemented or standards established.

There is significant work currently taking place in establishing blockchain standardisation, especially within the ISO TC 307 according to Dr. Jed Horner, Policy Manager at Standards Australia. “Australia made the case of this committee initially in 2016-2017 and it now has 41 participating and 11 observing members. They are working on areas ranging from smart contracts to security – both of which are important considerations in how we design and roll-out blockchain systems,” Horner explained. “In a global world, International Standardisation, through bodies like the ISO and International Electrotechnical Commission is critical.”

There are several hurdles to jump in order to implement a global blockchain initiative. “Functionally, there isn’t really a primary application solely relying on blockchain and proving its broad value to an ecosystem, you need a chain of partners to take advantage of a blockchain,” according to Kris Kosmala, Director of Smart Port Digital Services at Royal HaskoningDHV.

One of the major hurdles will be the cost of upgrading technology. “Blockchain demands computing power available only with the most modern hardware. The majority of companies still use older, less capable, infrastructure and are concerned about the cost of massive upgrades required to deploy blockchain at scale,” Kosmala continued.

At the most basic of levels, blockchain is essentially a different way to store data and it’s one pool of data that everyone can trust, Toohey explained. The handoff from one party to another requires that guarantee that neither the cargo nor the paperwork have been manipulated. In order to ensure that, increases in blockchain digitisation need to occur. “Companies need to build enterprise applications that stretch across their entire supply chain and that means that all partners also need to upgrade their infrastructure and develop their own enterprise applications integrating blockchain technology into their own internal transactions,” Kosmala explained. Considering every element of the shipping industry needs to be a part of the blockchain platform including agents, shippers, carriers, cargo handlers, import and export cargo transfer approval authorities, banks, insurers and reinsurers, etc, interoperability is crucial for blockchain technology to be successful. From the work ISO TC 307 is currently doing, countries then need to develop their own standards from which to comply with their own laws and regulations, Kosmala said.

“There is no deadline for countries to complete their work, so anybody trying to implement blockchain follows their own ‘standards’ and creates their own forks in blockchain code,” Kosmala added.

Standards will take some time, Toohey said, but best practices will get adopted and become an industry standard.

Talk and use of blockchain technology is becoming more widespread, but of course there is a long road for the technology to reach a level of standardisation. At this point, significant discussion and baseline work has gone into developing terminology so that a common language is spoken in the development of technology, Horner said.

“The other area of marked progress is in smart contracts, where mapping of global trends in this area, and what smart contracts are, and should be, has taken place. This will likely lead to a technical specification that should be applicable across a range of platforms.

Finally, in the security sphere, and building on existing work in information security standards, which have global uptake, specific security considerations in blockchain and distributed ledger technology are being identified, with a view to providing guidance for the global community,” Horner continued. Technology is a frequent topic of discussion at conferences and are no longer a theory but an item on agendas, Toohey said.

“Generally, the industry of shipping is sceptical of novelties, but if the technology shows that it can reduce the cost of doing business, eliminate errors associated with paperwork accompanying cargo movements and become progressively cheaper to operate, then adopters will follow,” Kosmala said.

Hutchison Ports has joined eight leading ocean carriers and terminal operators and signed a formal statement of intent for a Memorandum of Understanding to form a consortium to develop the Global Shipping Business Network on November 2018, an open digital platform based on distributed ledger technology.

The new platform will establish a digital baseline that aims to connect all stakeholders, including carriers, terminal operators, customs agencies, shippers, and logistics service providers to enable collaborative innovation and digital transformation in the supply chain.

Still in its early stages, industry groups are looking to establish a global standard, but there are different bodies working independently to define a universally accepted model. There may be a situation whereby there are multiple standards set, and systems that need to ‘talk’ to each other; for example banking blockchain will need to communicate with the logistics blockchain. How will the respective industries bridge that gap?

Hutchison Ports is working with all of the major technology and community groups in order to discuss and participate in defining the global blockchain standard. It will be a long road, but the projects are underway and the rewards will be substantial.