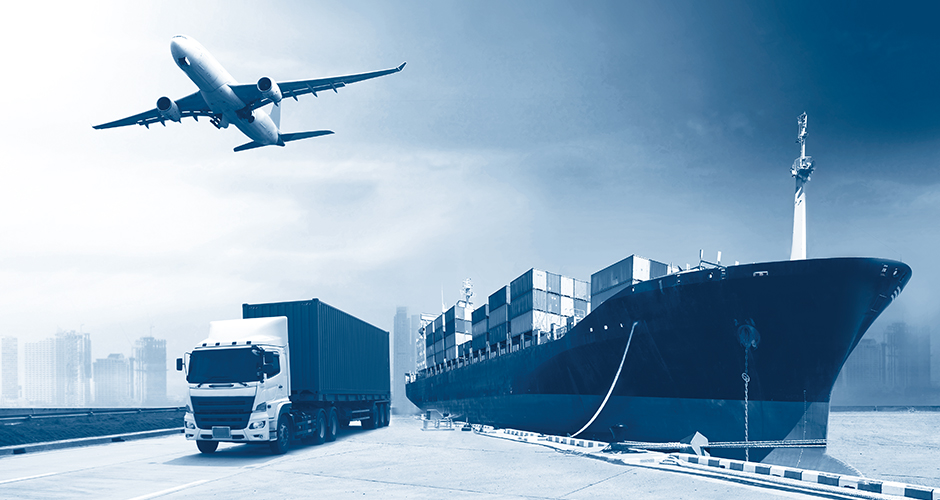 According to Oliver Bursch, vice president of sea-air specialist SAT Albatros Group, the main gateway for East-West services is Dubai.

“Generally, combined transports make sense in trade lanes that are unbalanced with unequal import and export volumes, and there is a suitable transshipment point
in-between,” added Bursch.

He said shippers who use the service tend to be from the textiles, garments, electronics and consumer goods industries. The cargo shipped is normally lower value, but with strict specifications on arrival times – neither too early, nor too late. Other companies are simply being sensitive to their carbon footprints, Bursch noted.

Comparing sea-air to alternative shipping options, he said the biggest competitor has been the proliferation of low-priced airfreight – known as deferred airfreight – which caused sea-air volumes to drop by as much as 50 percent compared with 10 years prior. At the time, increased uplift of direct airfreight led to much lower rates.

“Still, sea-air is needed as a backup for congested periods and for customers that follow a clear just-in-time supply chain strategy. For example, in 2017 there was a huge lack of air capacity (due to a surge in demand for air cargo),  which helped to bring back interest in alternative shipping modes. As a result, sea-air is not only providing economic advantages, but it is sometimes the only viable solution to transport goods,” said Bursch.

Indeed, the unusually high demand for airfreight in 2017 left many shippers and forwarders scrambling for capacity out of Asia. Bursch explained that this is where the sea-air cost advantage can really come into play, as savings can quickly reach 50 percent during peak season when demand – and freight rates – skyrocket.

He added: “The 2017 difficulties brought sea-air back to the attention of many shippers as they realised that they need this option in difficult times. We now see growing volumes with double-digit growth rates.”

There are other drivers pushing demand for sea-air cargo, too. For example, according to SeaIntelligence Consulting, ocean carrier schedule reliability is at near-record low levels, an eight-month period in 2018, was six-year low point in terms of industry-wide schedule reliability . Furthermore, with the IMO 2020 sulphur fuel cap deadline looming, many industry analysts expect slow-steaming to continue as carriers look to mitigate some of the added fuel costs.

Chris Locher, managing director at Canada-based freight forwarder Locher Evers International, agreed that the decline in all-water service reliability has played a role in the resurgent interest in sea-air.

There are many factors impacting demand, Locher said, such as price and uplift capacity of direct airfreight from Asia to Europe; ocean freight congestion and delays; price and reliability of ocean freight; and price and currency valuation of airfreight.

“We find it’s all about supply and demand and if a service is out of its equilibrium – whether it is the direct airfreight market, the all-water market, or a bit of both” he told OPPORTUNITY.

He said sea-air cargo tends to be mid-value to high-value  items including auto parts, textiles, and electronic components, where there are significant inventory costs to be considered during a 35-40-day all-water transit time.

“Some fashion items use sea-air to economically get to market just-in-time for a trend or season,” Locher added.

“We also see regular ocean cargo that misses cut-offs and faces late penalties. In these cases, expensive penalties can be avoided as enough time can be made up using sea-air to beat a deadline that has now been missed. A distraught shipper can ‘get that lost week back’ and erase that shipping delay or carrier roll-over, using sea-air in most instances.”

Sea-air also has geographical advantages over all-water, noted Locher, since many of the final destinations in Europe are inland and closer to airports than seaports.

“This is especially important when providing components for factories in Eastern Europe. Frankfurt, Prague, Vienna, Munich, and Paris are often much closer to the factories and final distribution centres than the seaports.

Moreover, airlines tend to equalise many airports so we can often secure equal pricing for many hubs with one airline. This allows us to get the cargo closer to the final destination with very little additional cost.”

While Europe-bound cargo originating in Southeast Asia tends to be routed through Dubai, North Asia cargo from Japan, Korea, North China and Taiwan is often sent to Vancouver – a well-established sea-air hub in its own right, Locher noted.

“Vancouver’s advantages are fast sea-transits for most origins in Far East and unencumbering customs procedures for in-bound cargo. Moreover, there is generous uplift capacity for airlines – Vancouver to Europe is only 9-10 hours which allows for sizeable uplift capacity for today’s wide body aircraft.

There is also some demand for sea-air from Asia to South American destinations via Vancouver, Locher said, but the bulk of the volume is destined for continental Europe.

“In the busy summer travel season the capacity increases dramatically, adding an additional 40 flights per week to Europe, which also leads to even more competitive pricing.”

Vancouver’s advantages as a sea-air hub extend to the national currency, too. For example, Locher said that with airfreight usually priced in the currency of the originating airport, Vancouver sea-air is priced in Canadian Dollars, which is “only 75 cents US, and that provides a real cost advantage for ‘our’ routing.”

Due to a combination of significant unplanned volumes of airfreight and the seasonal peaks of these volumes, a large apparel retailer was consistently challenged with insufficient air capacity to ship their product. This was especially true from many of the “non-hub” countries from which some product was shipped from. These countries had limited air freighter service if any at all. As a result, in addition to confronting capacity challenges, they often had to pay a higher premium rate in order to ensure the timely shipment of their product.

The majority of the customer’s airfreight was unplanned. This meant that the product had originally been planned to ship via ocean, but in some cases either production would run late or there would be unexpected demand for some product lines, resulting in a need to then expedite the shipment via air transportation.

In the case of “late” shipments, however, shipping via air would often result in the product now arriving well ahead of schedule.

The sea-air programme allowed for the repositioning of cargo to a major air hub within the region via ocean transportation and then take advantage of the greater lift and capacity available to convert the shipment to air transportation.

This programme allowed for the repositioning of over 1.5 million kgs of the customer’s airfreight to sea-air. Aside from having saved an average of 15 percent in transportation costs for these shipments, the customer was also able to alleviate the additional capacity strains this volume would have represented.