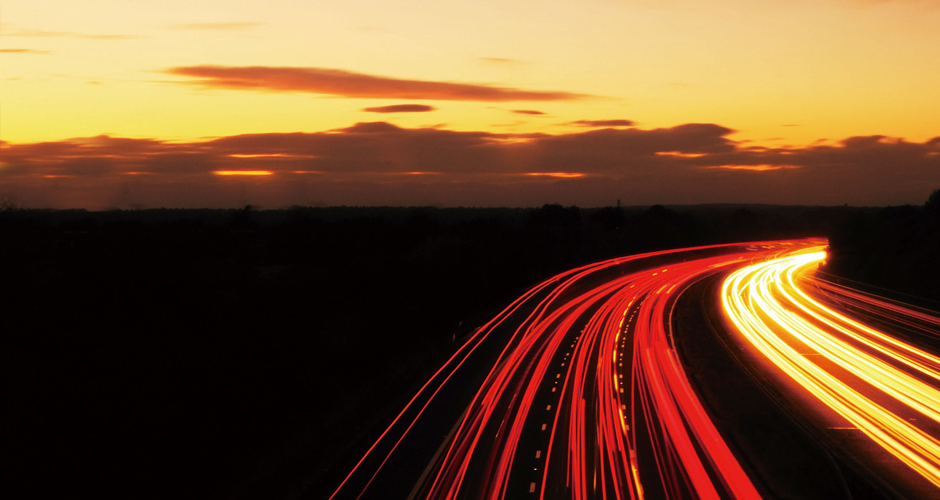 It might seem like a no-brainer; if you are running one of the world’s biggest and busiest ports and you have a bunch of containers – full or empty – destined for the same place on the same transport, it makes sense for them to be bundled – parked together in one – instead of sitting in different parts of the port.

A simple enough idea, but when you’re The Port of Rotterdam (PoR), handling millions of boxes a year, coming from or going to 1,000 ports worldwide, not to mention hundreds of places inland in Europe, and coming off or going onto containerships, barges, feeder ships, trucks or the railway system, it’s a tad tricky to organise.

A port that can pull off the trick stands to save clients a considerable amount of time and money, which in turn should give the port a solid competitive edge over its rivals.

That’s what the PoR in the Netherlands is currently working on.

The PoR is plainly confident it can pull off the bet. Earlier this year, the go-ahead was given for construction of a Container Exchange Route (CER) at an estimated cost of €175 million. Construction and infrastructure began in March this year and is scheduled for completion by the first quarter of 2021.

When finished it will consist of an 11.5 kilometre horseshoe-shaped road between container sites, running from the Euromax quay, around the Rotterdam World Gateway, to the Distripark, all at Maasvlakte 2, the new deepwater complex of the port. There will be an additional 5.5 kilometres of dedicated road inside the various terminals.

The roads will be open exclusively to trucks hauling containers. Nothing else.

Pulling it all together will be IT systems that will link shipping and container companies, trucks, the PoR’s terminals, empty depots and storage facilities.

In February, the PoR reported that container throughput at Rotterdam in 2017 was 13.7 million TEU, an increase of 11 percent compared to 2016. In weight terms, the rise was even greater, up 12 percent to 142.6 million tonnes. This was, partly, the result of the restructuring of the world carrier alliances, from three to four alliances in April last year.

Feeder volume, in particular, grew strongly by 21 percent in TEU. Growth in short sea was 10 percent in TEU, fueled by sharp increases in throughput for services to and from the Mediterranean, the Baltic and Scandinavia. Hinterland volume by barge, road and rail also rose by 6 percent.

While this is all good news in trade, economic and financial terms, the downside of the continuing increase in volume has been growing congestion at the Maasvlakte barge terminals and on the main A15 road out of the port.

The much-increased efficiency brought about by the CER will, the PoR management believe, significantly reduce the congestion.

Arwin Stehouwer, the PoR’s Senior Business Manager, Container Terminals, told OPPORTUNITY that the CER is not so much a new concept, but more an expansion and radical improvement of the internal road system on Maasvlakte 1 that “has existed for many years”.

The CER, part of the original master plan for Maasvlakte 2, is a leap forward, however. “The first commercial discussions started in December 2012, when the CER was part of a much larger port efficiency program.”

“The CER project really gained momentum in the last couple of years and the contract for construction of the CER Track was awarded in March 2018.”

Moving the boxes will be the work of a single company, The Transport CER , in order to benefit from economies of scale and thereby keep costs down. The company will be responsible for all manpower and equipment.

But, he added, “Many ports simply do not have the space to connect the container terminals, empty depots and warehouses through an internal road system.”

“The PoR has the advantage that in the Maasvlakte 2 expansion plan we already anticipated an internal road system, and as a consequence reserved land for the development of the CER.”

Technology will continue to be a key part of Rotterdam’s development and drive for efficiency. Asked whether hyperloop is in the port’s plans, Stehouwer said, “Naturally we monitor these developments closely, but also other developments such as autonomous trucking. The hyperloop development is still at an early stage.”

EGS MOVING BEYOND THE TERMINAL

“There is certainly demand from carriers and shippers for better connectivity between terminals in a port. This is particularly the case in Rotterdam where arranging the onward movement of a box, after it is discharged from a deep-sea vessel, is becoming more challenging and costlier,” said Clemence Cheng, Executive Director of Hutchison Ports & Managing Director, Europe.

“It is worth noting the difference between EGS (European Gateway Services) and CER (Container Exchange Route). EGS and indeed, SYNERGY (Hutchison Ports BEST’s new product), extends our service beyond our port gates to the hinterlands,” said Cheng.

EGS will continue to handle demand beyond our port gates whereas CER will handle the inter-terminal transfers in Maasvlakte, Rotterdam. 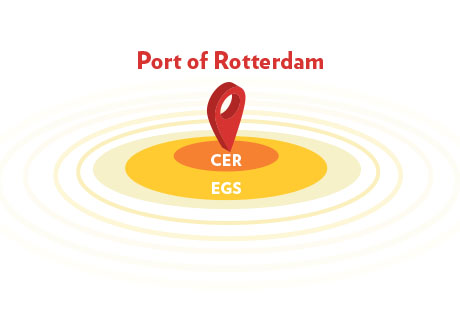 EGS operates under the concept of synchromodality. It offers the market one single, comprehensive network solution for European hinterland transport. It optimises the use of different modes, be it railway, roadway and/or waterway, within a network, with the aim of reducing time, improving reliability and increasing frequency within the network and realising ‘green’ transport.

“We have a number of standard KPIs to measure how well our network of ports are achieving and to ensure service levels and quality control are maintained. Our operations experts from across Europe often meet to share experience and best practice and work on common projects to improve our service level further,” said Cheng.

In a nutshell, EGS is about connecting the cargo from the hinterland to the port or vice versa more efficiently. In some cases, we ‘extend’ our port gates to the hinterland, so EGS can also be termed ‘Extended Gateway Services’. In general, each of our European business units are involved in the development of the EGS model, but the extent of development is dependent on how well supported the port is by its different modal providers.

“We also have PARIS TMS which is the market leading planning solution for full-load multimodal transport. PARIS plans the best transport mode for deliveries and collections by scheduling transport bookings on available space of rail, barge and coastal feeder services combined with truck transport planning for liner customers on a pan-European basis. A recent upgrade has allowed us to provide a cloud-based pay-as-you-go business model to our customers,” Cheng concluded.