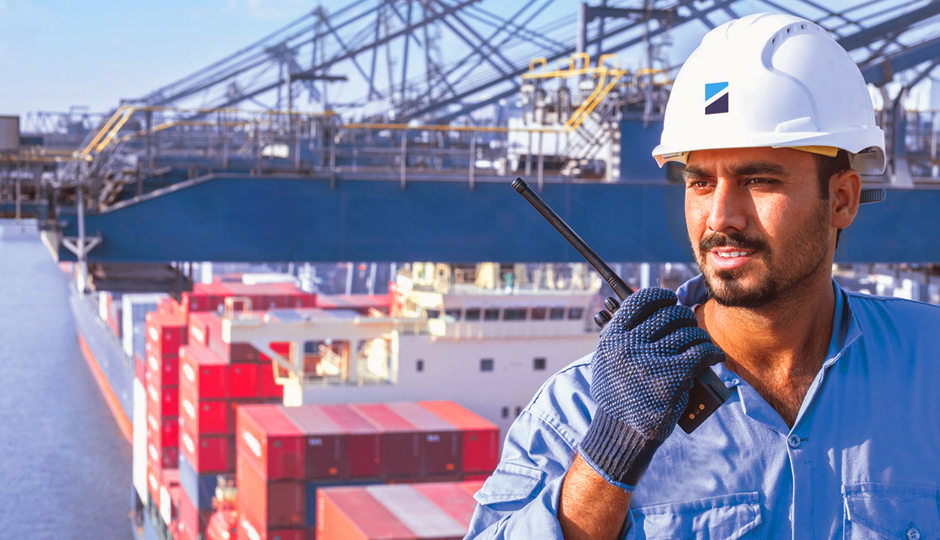 The Middle East and Africa are crucial regions for China’s New Maritime Silk Road under the One Belt, One Road initiative, as the region is rich in resources and has high growth potential. 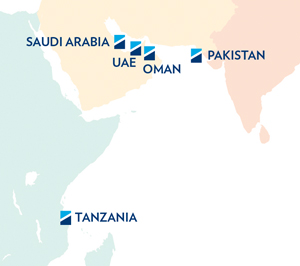 “We operate six container terminals in five countries in the Middle East, Africa, and South Asia. We are in Pakistan, Oman, Ajman in UAE, Saudi Arabia and Tanzania in East Africa. We manage 18 container berths and eight General Cargo, Ro-Ro berths with a total quay length of over 6.8 kilometres and 270 hectares of land.”

Hutchison Ports is a leader in the container port business in Asia with its roots in Hong Kong. “The difference in doing business in the region versus doing business in Asia and Europe is something you don’t learn in business school,” said Tsoi. “We started in Asia about 50 years ago in Hong Kong and began overseas expansion in the 90s in China, Europe and the Americas. I have never seen any region that grows so rapidly – to some extent it even exceeds China in recent years. Everything in the region was completed at a high speed and on a large scale.

“In the Middle East, there seems to be no shortage of mega infrastructure projects and labour and land never seems to run out. We are continuing to look for opportunities to expand in the region,” added Tsoi.

Hutchison Ports Pakistan is one of two terminals operated in Karachi and the other is Hutchison Ports KICT (Karachi International Container Terminal), located in the Port of Karachi.

“We have these two terminals that are strategically located in Karachi, the newest terminal is the closest port in Pakistan to the shipping lanes in the Arabian Sea. Hutchison Ports Pakistan is located in a natural deep water harbour and has advanced IT systems that optimise efficiency of labour, manage yard space and the deployment of equipment,” said Tsoi.

He continued: “Another jewel in the Hutchison Ports’ crown is Hutchison Ports Dammam, strategically located in Dammam, and this is the main gateway container terminal for Saudi Arabia. The investment dates back to 1997 with six quay cranes (QC) and straddle carriers in play to where we are today with 19 QCs, 54 rubber-tyred gantry cranes (RTGC) and 30 straddle carriers in operations providing top level productivity in Eastern Province of the Kingdom. The current facility has reached 1.9 million TEU throughput and is the top gateway port in the Upper Gulf area.

“We have handled 13,000 TEU class vessels for MSC and HMM in recent years and are planning for a major upgrade to redevelop part of our existing 2,400 metres quay wall. The two new 450 metres mega container berths will include the latest Remote-Control QCs and will have a maximum outreach capable of servicing vessels in the 20,000 TEU class or above with partial container handling automation in the connecting yard area as well. This expansion will become an integral part of the regional logistics hub development plan in the Kingdom’s 2030 Vision,” outlined Tsoi.

In Africa Hutchison Ports operates a facility in Tanzania, which is part of China’s One Belt, One Road Initiative along with the neighboring countries in East Africa. Hutchison Ports Tanzania is the country’s largest container terminal and is located at the Port of Dar es Salaam. The terminal handles more than 75 per cent of Tanzania’s ocean trade and serves as a vital part of the supply chain to and from Tanzania and landlocked countries in Central Africa.

“Africa has seen significant growth in recent years and our terminal in Tanzania has been developed to strengthen the port as the country’s maritime gateway. We have invested in modern I.T. systems and mobile equipment, while improving productivity levels, efficiency and customer service,” said Tsoi.

Hutchison Ports Sohar in Oman is one of the newest members of the growing global network of container terminals operated by Hutchison Ports. The terminal is located in the Port of Sohar, outside the Straits of Hormuz in the Gulf of Oman, approximately 200 kilometres from Muscat and 160 kilometres from Dubai.

“Close to the booming economies of the Gulf states, Iran, Pakistan and India, Hutchison Ports Sohar enjoys the most strategic of locations of any port in the Gulf region,” said Tsoi.

“The port lies at the heart of the Arabian Triangle of rapid economic growth – an area encompassing the regional powerhouses of Abu Dhabi, Dubai and Sohar,” he added. Equally important to the port’s proximity to the hinterland of the Arabian Triangle is its location in relation to the bustling Batinah region of northern Oman, where industrial and economic investment is currently at record highs. A network of modern highways ensures seamless connectivity with Muscat (200 kilometres), Dubai (160 kilometres) and Abu Dhabi (180 kilometres).

“With a deep-water draft and equipped to handle the ultra large container vessels , the terminal offers mainline carriers a safe, modern and efficient alternative to existing ports in the region for the handling of transshipment business,” said Tsoi.

New quayside cranes have arrived and Hutchison Ports has invested heavily in yard equipment such as RTGCs to further increase efficiency in the stack yards. Terminal C includes an Operations Control Centre that acts as the command centre of Hutchison Ports’ entire set-up at Sohar, allowing the remote-control operation of the new quayside cranes that have sufficient reach to load and unload 20,000-plus TEU vessels.

“Terminal D, opposite Terminal C, whose construction is scheduled to start in 2019 depending on business growth, will have a 1,780 metre quay length and 98-hectare yard area, and will bring Hutchison Ports Sohar’s total capacity to 6 million TEU,” Tsoi disclosed.

In addition, the port has adopted the group’s award winning Next Generation Terminal Management System (nGen) to ensure the highest level of efficiency. The nGen system allows the port to streamline operations and facilitate efficient data interchange with shipping lines and customs.

Hutchison Ports is also overseeing the development of a mammoth Freezone Sohar, an ambitious initiative that will accelerate socio-economic development through private sector investment and employment generation. “This network will connect the Sohar Special Economic Zone with existing and future economic hubs in the wider hinterland,” said Tsoi.